A hormone-blocking drug implant was prescribed for an active 8-year-old girl diagnosed with central precocious puberty. The price of one option was thousands of dollars less than the other.

A hormone-blocking drug implant was prescribed for an active 8-year-old girl diagnosed with central precocious puberty. The price of one option was thousands of dollars less than the other.

Sudeep Taksali thought his battle to avoid a medication’s steep price tag was over. He was wrong.

In 2020, he’d fought to get insurance to cover a lower-priced version of a drug his then 8-year-old daughter needed. She’d been diagnosed with a rare condition called central precocious puberty, which would have caused her to go through sexual development years earlier than her peers. NPR and KHN wrote about Taksali and his family as part of our Bill of the Month series.

Her doctors and the Taksalis decided to put her puberty on pause with a hormone-blocking drug implant that would be placed under the skin in her arm and release a little bit of the medication each day.

Taksali, who happens to be an orthopedic surgeon, learned that there were two nearly identical drug products made by Endo Pharmaceuticals, both containing 50 milligrams of the hormone blocker histrelin. But one was more than eight times more expensive than the other.

He wanted to use the cheaper one, called Vantas, which costs about $4,800. But his insurer wouldn’t initially cover it, instead preferring Supprelin LA, which is approved by the Food and Drug Administration to treat central precocious puberty, and costs about $43,000. Vantas can be prescribed off-label for the condition, and after a lot of back and forth, Taksali finally got the insurer to cover it.

Then this summer, it was time to replace the implant.

“I thought we would just get a Vantas replacement,” Taksali says. “In my mind, I was like, ‘Well, she got it the first time, and we’ve already kind of fought the battle with the insurance company and, you know, got it approved.”

But during a virtual appointment with his daughter’s doctor, he learned they couldn’t get Vantas. No one could.

There was a Vantas shortage.

Endo told NPR there was a manufacturing problem. Batches of Vantas weren’t coming out right, and couldn’t be released to the public, the company’s Vice President of Corporate Affairs Heather Zoumas Lubeski told NPR in an email. Vantas and Supprelin were made in the same facility, but the problem only affected Vantas, she wrote, stressing that the drugs are “not identical products.”

In August, Endo’s President and CEO Blaise Coleman told investors that Supprelin was doing particularly well for the company. Revenues had grown by 79% compared to the same quarter the year before. The growth was driven in part, Coleman explained, “by stronger-than-expected demand resulting from expanded patient awareness and a competitor product shortage,” he says.

What competitor product shortage? Could that be Vantas?

Asked about this, Zoumas Lubeski says Coleman wasn’t referring to Vantas. Since Vantas isn’t approved to treat central precocious puberty, it can’t technically be considered a competitor to Supprelin. The competitor product Coleman meant was Lupron Depot Ped, not an implant, but an injection made by AbbVie, Zoumas Lubeski says.

“It’s all very curious, like, huh, you know, when this particular option went away and your profits went up nearly 80% from the more expensive drug,” he says.

Then, in September, Endo told the FDA it stopped making Vantas for good.

When Endo investigated its Vantas manufacturing problem, it wasn’t able to find “a suitable corrective action that resolves the issue,” Zoumas Lubeski says.

“As a result, and after analysis of the market for the availability of alternative therapies, we made the difficult decision to discontinue the supply of this product,” she wrote in the email to NPR. “Endo is committed to maintaining the highest quality standards for all of its products.”

Taksali says he felt resigned to giving his daughter Supprelin even before the shortage turned into a discontinuation. Ultimately he won’t pay much more out of pocket, but his insurance will pay the rest. And that could raise his business’s premiums.

But there’s not much the FDA can do about it. It can’t force Endo to keep making the drug, or set a lower price for the remaining one. It doesn’t have the authority under current laws.

Ultimately the decision is up to Endo Pharmaceuticals.

“The FDA has very little leverage because there is no requirement for any company to make any drug, no matter how lifesaving,” she says. “We have a capitalist society. We have a free market. And so any company can discontinue anything…at any time for any reason.”

Still, companies are supposed to tell the FDA about potential shortages and discontinuations ahead of time so it can minimize the impact on public health. It can help a firm resolve a manufacturing issue, decide whether it’s safe to extend an expiration date, or help a company making an alternative product to ramp up production.

“The FDA expects that manufacturers will notify the agency before a meaningful disruption in their own supply occurs,” FDA spokesman Jeremy Kahn wrote in an email. “When the FDA does not receive timely, informative notifications, the agency’s ability to respond appropriately is limited.”

But the rules are somewhat flexible. A company is supposed to notify the FDA of an upcoming drug supply disruption six months in advance or “as soon as practicable” after that. But they really have until five business days after the discontinuation, according to the FDA website.

“They’re supposed to tell the FDA, but even if they don’t, there’s no penalty,” Fox says. “There’s no teeth in that law. . . Their name can go on the FDA naughty list. That’s pretty much it.”

In rare cases, the FDA will send a noncompliance letter to the drugmaker and require it to explain itself. But this has only happened five times since 2015.

There is no such letter about Vantas, indicating that Endo met the FDA’s requirements for notification.

Concerned about potential drug shortages caused by COVID-19 in March of 2020, a bipartisan group of legislators introduced the Preventing Drug Shortages Act, but it didn’t go anywhere. It aimed to increase transparency around shortages.

A girl, then-8, reads a book after school. She recently underwent her second treatment for central precocious puberty, or early puberty.

A girl, then-8, reads a book after school. She recently underwent her second treatment for central precocious puberty, or early puberty.

As a result of limited FDA power, a lot about drug shortages is opaque, Fox says. Companies don’t have to make the reasons for their shortages public. That sets the Vantas shortage and discontinuation apart from many others. The company is saying more about what happened than most do.

“Many companies will actually just put drugs on temporarily unavailable or long term backorder, and sometimes that can last years before the company finally makes a decision,” on whether to discontinue a product, she says. “It can take a long time, and so it can be frustrating to not know — or to kind of stake your hopes on a product coming back to the market once it’s been in shortage for so long.”

It’s hard to know exactly how many children will be affected by the Vantas discontinuation because data about off-label use is hard to come by. Dr. Erica Eugster, a professor of pediatrics at the Indiana University School of Medicine, says some medical institutions were using Vantas and Supprelin interchangeably for central precocious puberty patients, and others weren’t.

But the condition isn’t the first thing that came to mind when Eugster learned of the Vantas discontinuation.

“I immediately thought about our our transgender population,” she told NPR. “They’re the ones that are really going to suffer from this.”

No medications have been FDA-approved to treat patients with gender dysphoria, which is the medical term for when someone’s sex assigned at birth doesn’t match their gender identity, causing them psychological distress. As a result, any drug to stop puberty in this population would be off-label, making it very difficult for families to get health insurance coverage. Vantas had been a lower-cost option.

The number of trans patients receiving histrelin implants rose significantly between 2004 and 2016, according to a study published in the Journal of Pediatric Endocrinology and Metabolism. 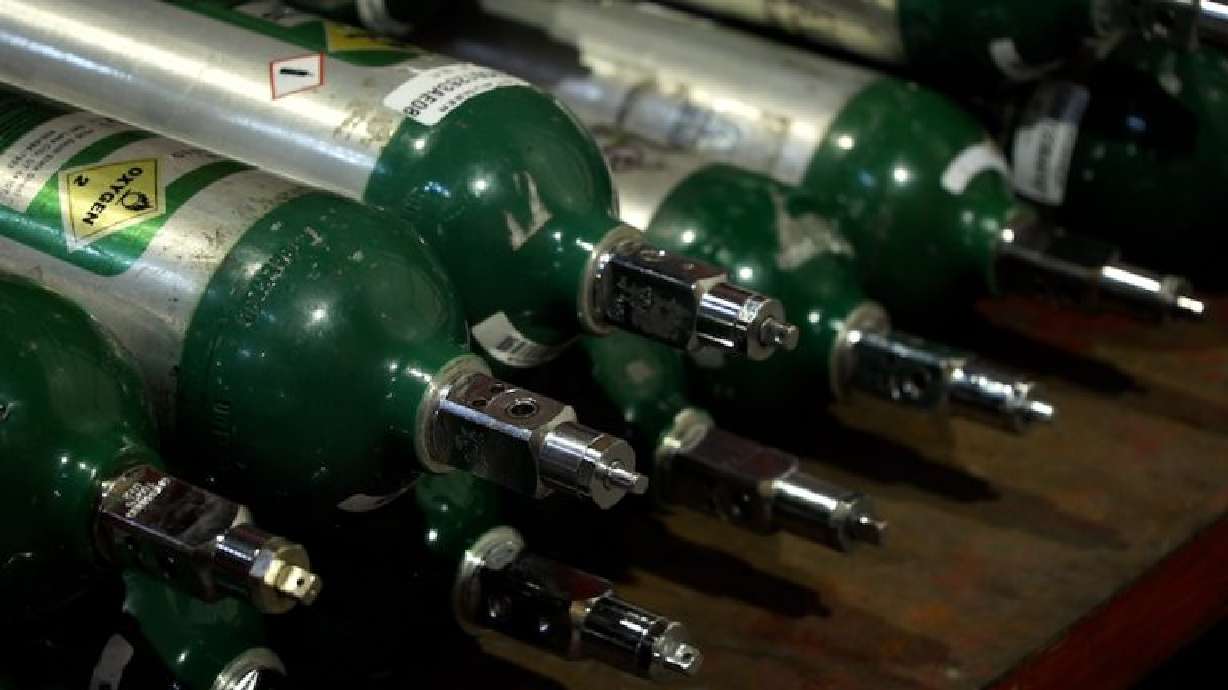