Liverpool youngster Harvey Elliott continues his recovery from an ankle dislocation-fracture that occurred vs Leeds United, undergoing a successful operation to repair the damage. Elliott was spotted at the AXA Training Centre in Kirkby to participate in the 2021/22 team photo alongside his teammates. Despite recently undergoing surgery, Elliott was […]

Liverpool youngster Harvey Elliott continues his recovery from an ankle dislocation-fracture that occurred vs Leeds United, undergoing a successful operation to repair the damage.

Elliott was spotted at the AXA Training Centre in Kirkby to participate in the 2021/22 team photo alongside his teammates.

Despite recently undergoing surgery, Elliott was able to stand in place for the picture but was using crutches and was carted to the photo setting by Thiago Alcantara, as spotted captured by the LFCTV cameras.

READ MORE: What Pep Guardiola said about Anfield atmosphere ahead of Liverpool vs Man City

Elliott has been keeping fans updated with his injury progress on Instagram, as well as showing his support to his teammates from home by watching all of Liverpool’s games.

In his latest update, Elliott is pictured wearing an oxygen mask, with the caption: “Small steps.”

To provide further insight into why Elliott could be using an oxygen mask to aid his recovery, the ECHO spoke to Dr. Rajpal Brar, a physiotherapist and founder of 3CB Performance, providing expert analysis on injuries suffered by sport stars.

“There are two key things to note here – most obviously the mask with tube inserting into it and also the small clip on his right ear,” Brar said.

“The mask and tube are likely hooked up to a portable oxygen concentrator and pumping oxygen through to Elliott’s system. This is known as “oxygen therapy” and the theoretical rationale is that because oxygen is critical for healing then pushing more oxygen into the lungs and thus into the bloodstream and tissues may increase rates of healing (the research is very mixed).

“To that point, Elliott is using an oxygen face mask which allows for greater concentration and rates of oxygen flow compared to a nasal cannula (small tube) directly into the nose.

“Face masks also tend to be more comfortable because they deliver air that’s more moist which doesn’t dry out the nasal passages, there’s nothing physically touching the nose, and some masks – as Elliott’s – also have options to insert the hose near the nose or the mouth.”

He added: “Secondly, is the clip on Harvey’s right ear. This is an oxygen saturation sensor which uses light to measure blood oxygen levels going to the hands and feet – these are the farthest away from the heart and thus a key metric. This clip is hooked up to a display to show those levels and Elliott has likely been instructed to keep his Sp02 levels maxed out.

“This type of oxygen therapy may or may not help expedite the healing process but like many other techniques or processes for elite athletes, it falls into the “money is no object and when done right won’t hurt you, so why not give it a shot?” category.”

“We were able to reduce the dislocation immediately on the pitch and Harvey had surgery to repair the fracture and ligaments damaged in the incident,” Moxon said after the surgery.

“The operation was a success so his comeback starts now.

“We won’t put pressure on him by setting a specific timeframe beyond being able to say with confidence we expect him to feature again later in the season following our rehab programme.”

Sun Oct 3 , 2021
Picking, chopping, and grinding freshly grown herbs can quickly improve the taste of a pasta dish, enhance the appeal of vegetables, or even bring out the flavor of seared salmon. However, in many locations, you cannot grow herbs outdoors all year long, so in order to keep up with summer’s […] 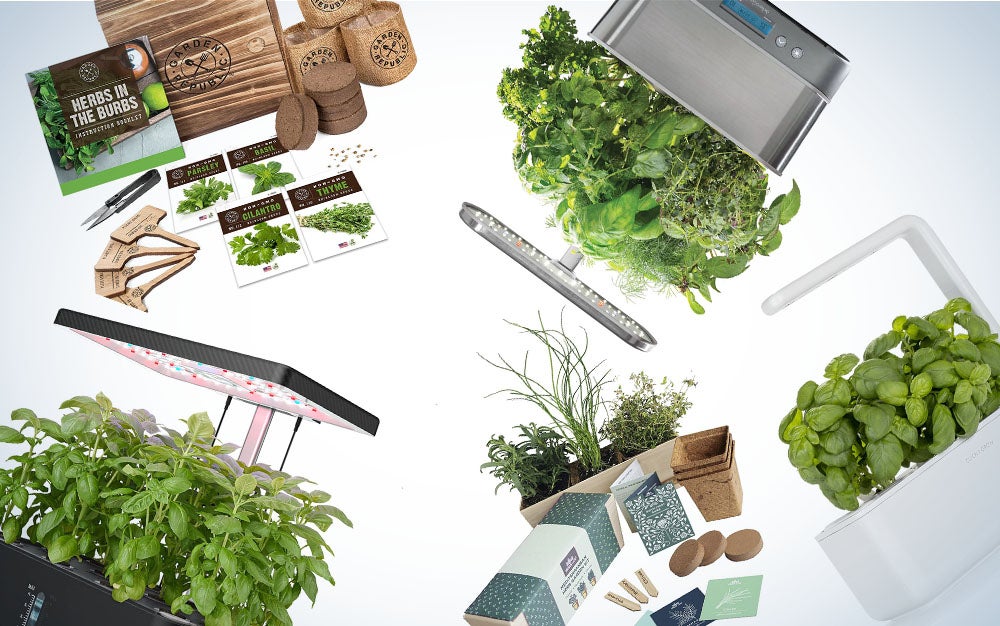